Give a heartfelt thanks to a South River Public Schools faculty or staff member by making a donation to the South River Foundation for Educational Excellence in their name.

Each recipient receives a beautiful certificate with their name, your name and a personal message. 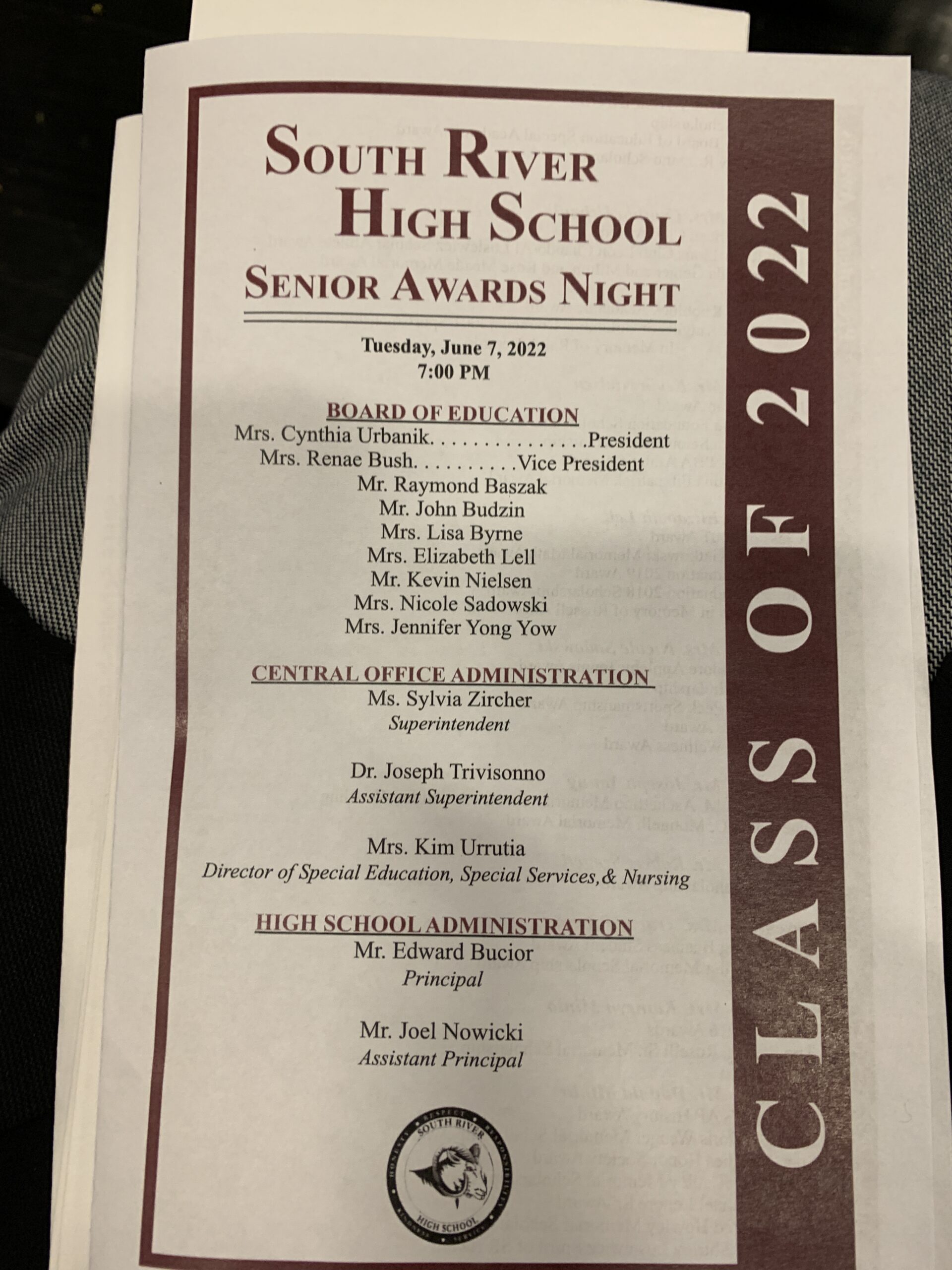 After 2 years of virtual awards ceremonies…

SRFEE was proud to be in person to present our Senior Scholarship Awards!

This was a wonderful opportunity to not only expose our students to dance and movement classes, but also provide them with an opportunity to enjoy new leisure skills while building appropriate social skills.

Thank you so much for giving us the opportunity to enhance our Preschool Special Education Program through your generous support.

During the 2017-18 school year, I applied for an SRFEE mini-grant in the hopes of getting an escape room kit that would enable me to create dynamic lessons for students to practice a multitude of skills in a variety of content areas.  The kit included the materials necessary (assorted locking mechanisms, decoders, etc.) as well as access to an online platform that offered the lessons and hints for the escape room.  The lessons were, indeed, dynamic, and were very much enjoyed by all who participated.  I have attached a short video of my former students “escaping” at the end of a lesson.
I would like to thank SRFEE for their continued efforts to foster excellence in our community and schools.

While students and staff presently have access to laptops, it wasn’t that way in 2016.  However, at that time I had the opportunity to apply for a mini-grant to purchase a laptop to utilize in my classroom. After being awarded the grant, having the laptop in the classroom was extremely beneficial.  My students were able to learn basic computer skills.  They were able to search for jobs and explore different types of job applications. Having this laptop early on was a great asset to have in the classroom and I am extremely grateful to have been awarded the mini-grant from SRFEE.

I along with Cassie Juba and Christine Kilduff received a mini grant to take our special education students on a field trip.  Our students are in a self contained classroom setting and benefit from hands-on experiences.  We decided to take them to the Turtle Back Zoo.  The students were able to experience the zoo, for many the first time to see and touch the animals.  Some of the students are now in high school and still talk about the experience.  Thank you SRFEE for making this experience possible for us.  You are very much appreciated. 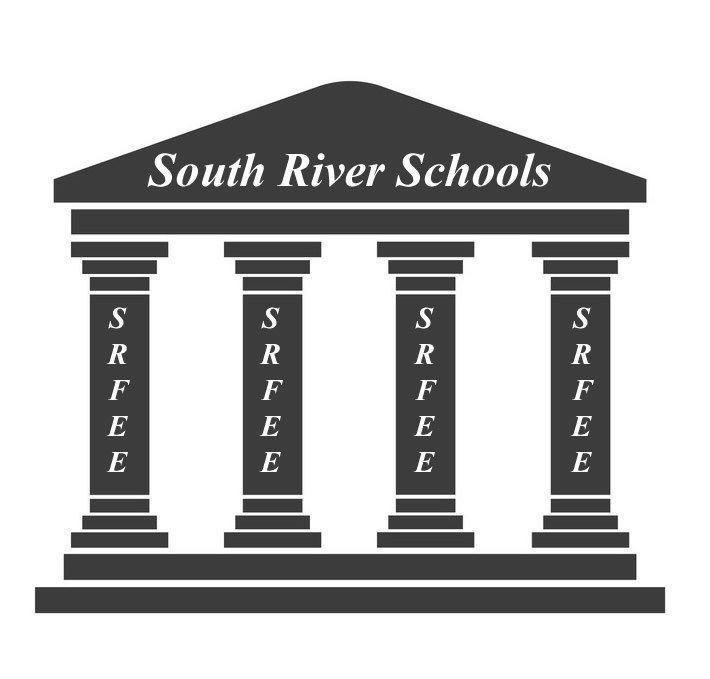 Thank you to all teachers who applied for our mini-grants this year! We are proud to announce the following recipients:

All Elementary School Students will benefit from this grant.

Stay tuned…. for images of our efforts in action!!

Nancy Roque-Soares is a Teacher for South River Middle School.  She has been an Educator since 1999 teaching the subject of Spanish.  She graduated from Rutgers University with a Bachelor of Arts in French and Spanish. Mrs. Roque-Soares has been a lifetime resident of South River, born to Portuguese parents, with her first language being Portuguese.  She always saw the difficulties others had when faced with language barriers. She identified with those who struggled and this was why she decided to become a teacher.

As a daughter, sister, wife and mother, Nancy has always had a passion to help others. Beginning with her dedication to her students as a full-time teacher, Mrs. Roque-Soares extends her unending support to her students’ parents as well.  Her outreach to her students’ families displays her commitment to the community, as she also leads the Women’s Ministry at the CDA Church in South River. In addition, her volunteer efforts include being a translator for the church’s services.

Amongst all of her endeavors, Nancy is a devoted mother to her 15-year-old son, Eric.  While she enjoys all of her many other roles, being a Soccer Mom is one that she enjoys the most!  As a teacher, a volunteer and a strong advocate for her community, Mrs. Roques-Soares dedicates her life to helping others. All throughout, she is there for her family, as she lovingly cares for her parents, in the same ways they love and support her.

Within family, church, and community, Nancy Roque-Soares is an Educator of Excellence.  She is a teacher that knows that education is not limited to the classroom and she teaches from the heart.  When it comes to Mrs. Roque-Soares, there are no language barriers with her smile.

To quote Flora Lewis, “Learning another language is not only learning different words for the same things but learning another way to think about things”.  For those who have ever experienced the challenge to understand and not be understood, Nancy Roque-Soares will be there for you, while inspiring the bravery to overcome.

Audrey Taylor began her illustrious career right here in her beloved hometown of South River as a student-athlete and phenomenal Basketball player. Her name is etched in SRHS history on a banner in the Gymnasium honoring those players with 1,000+ career points.  This distinction, her all-around talent, and her grades would later earn her a full scholarship and further accolades at Monmouth University where she would double major in Communications and Information Technology and earn her Bachelor of Arts degree. Audrey utilized her degree to become a Web Manager for multiple projects in Corporate America for the past 11 years. She is currently is a freelance web designer for ISOP.  However, the opportunity to share her time, talent and extensive Basketball experience was something she wanted to pursue. The first place she went was to her alma mater, South River High School. Unfortunately, the schedule conflicted with her employment. She would then go on to become Head Coach at Franklin High School for the past 9 seasons and the rest is literally….history.

Coach Taylor created a standard at Franklin HS “to be tough, defend, and play with your heart, with passion.” Audrey herself is a passionate advocate of giving back to her South River community.  She has worked in conjunction with the South River Board of Education to provide backpacks and school supplies to free and reduced-lunch students. She also offers an annual no-cost basic-skills training session and organizes the well-known annual event – Ballin’ in the Park during the month of July.

Audrey mentors aspiring youth via the Passion 4Youth, Inc. which is a 501-c3 educational and athletic program she founded and serves as its Chief Executive Officer. Seeing the widening gap between the privileged and those in need, Coach Taylor provides top-notch skill development at an affordable cost to those that would otherwise have to settle for much less or no formalized training.  It is the foundation on which her T.R.U.E Skills Academy is built upon. Basketball players at the Middle and High School levels get an opportunity to learn from one of the best and are encouraged to aspire to BE the best! They also learn to give back by teaching the younger students in the program. A training session with Coach Audrey is a complete workout for your mind, body, and soul. She pours her passion for life, the game, the kids and for giving back, into each session.  Mentor, Motivate, Confidence, Communication, Encouragement, Positivity are just some of the terms you associate with her. You can throw in Tough, Hard-Work, Rules, Expectations and it’s still a good day that always ends with “Good Job” and that bright smile!

Sgt. Edwin J. Yorek started his career in Law Enforcement in 2000 as a Special I Police Officer in Seaside Park New Jersey. In 2002 he graduated the 78th Class of Ocean County Police Academy with his full Police Training Commission Certificate and began working as a Special II Police Officer with Seaside Park Police Department. In June 2002 he began his career with the South River Police Department where he has served proudly for 17 years. In January of 2013 he was assigned to the agency’s Special Operations Division where his main responsibilities were Community Policing. In June of 2015 he was assigned additional responsibilities as the Traffic Safety Officer, which is within the Special Operations Division. In October of 2015 he was promoted to the rank of Sergeant and temporarily reassigned to the Patrol Division where he served for approximately 1 year supervising a patrol squad.

Sgt. Yorek currently remains assigned to the agency’s Special Operations Division where he looks forward to continuing a rewarding career serving the residents of South River and working as a team with his fellow officers within the South River Police Department.